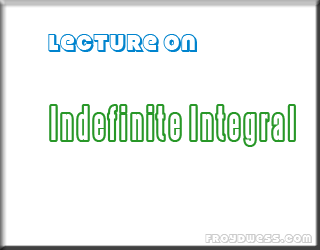 Each term is integrated separately.

Constant Factor in the Integrand

A constant factor in the integrand can be written before the integral sign.

where c is a constant

Again, Indefinite Integral is the family of functions that have a given function as a common derivative. The indefinite integral of f(x) is written: ∫ f(x) dx.