This is the Part 2 Examination Test (Alternating Current) that includes the succeeding 10 Chapters of the book Teach Yourself Electricity and Electronics, 5th edition by Stan Gibilisco. If you are looking for a reviewer in Electronics Engineering this will definitely help you before taking the Board Exam.

Topics Included in the Test from Chapter 9 to Chapter 18

1. A series circuit has a resistance of 100 Ω and a capacitive reactance of -200 Ω. The complex impedance is:

2. Mutual inductance causes the net value of a set of coils to:

5. Four capacitors are connected in parallel. Their values are 100 pF each. The net capacitance is:

6. A transformer has a primary-to-secondary turns ratio of exactly 8.88:1. The input voltage is 234 V rms. The output voltage is:

7. In a series RL circuit, as the resistance becomes small compared with the reactance, the angle of lag approaches:

9. In a parallel configuration, susceptances:

10. A wave has a frequency of 200 kHz. How many degrees of phase change occur in a microsecond (a millionth of a second)?

16. If R denotes resistance and Z denotes absolute-value impedance, then R/Z is the:

19. Which of the following types of capacitor is polarized?

21. The efficiency of a generator:

23. The absolute-value impedance Z of a parallel RLC circuit, where R is the resistance and X is the net reactance, is found according to the formula:

24. Complex numbers are used to represent impedance because:

25. Which of the following does not affect the capacitance of a capacitor?

26. The zero-degree phase point in an ac sine wave is usually considered to be the instant at which the amplitude is:

27. The inductance of a coil can be continuously varied by:

28. Power factor is defined as the ratio of:

29. A 50 Ω feed line needs to be matched to an antenna with a purely resistive impedance of 200 Ω A quarter-wave matching section should have:

32. In a step-down transformer:

34. A sine wave contains energy at:

36. The rate of change (derivative) of a sine wave is itself a wave that:

39. The reactance of a section of transmission line depends on all of the following except:

40. When confronted with a parallel RLC circuit and you need to find the complex impedance: 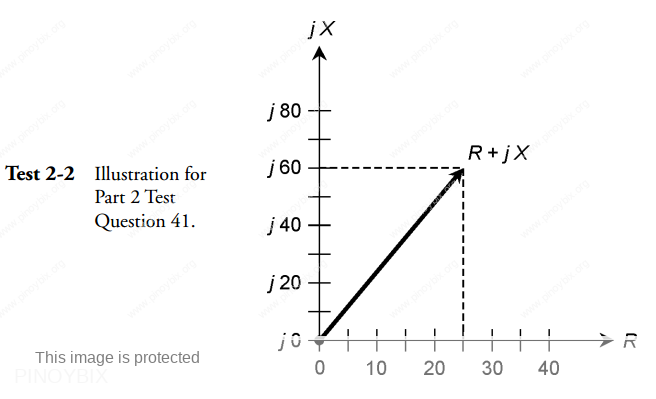 42. If two sine waves have the same frequency and the same amplitude, but they cancel out, the phase difference is:

43. A series circuit has a resistance of 50 Ω and a capacitive reactance of −37 Ω. The phase angle is:

45. The characteristic impedance of a transmission line:

48. A capacitor with a negative temperature coefficient:

49. Three coils are connected in parallel. Each has an inductance of 300μH. There is no mutual inductance. The net inductance is:

Complete List of Multiple Choice Questions from this Book

Multiple Choice Questions in Teach Yourself Electricity and Electronics