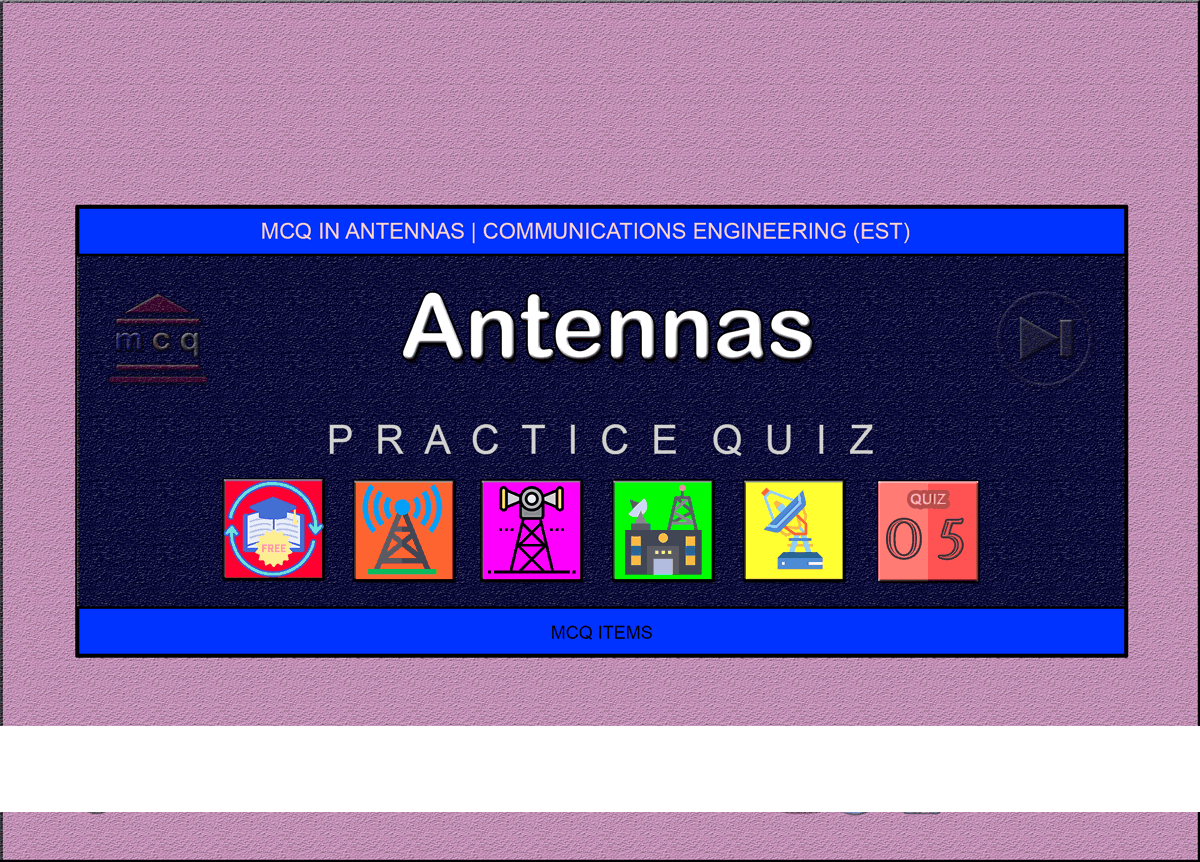 Below are the answers key for the Multiple Choice Questions in Antennas Part 5.

205. Protection of personnel working underneath

206. To prevent re-radiation of the local oscillator

208. Protection of personnel working underneath

213. Allow the feed to be placed at a convenient point

216. Useful as a HF receiving antenna

218. Connect an inductor in series with the antenna

219. A vertical antenna which is a quarter-wavelength long

220. Must have a vertical receiving antenna for the best reception

221. Has zero dc resistance to ground

224. The antenna’s resonant frequency will increase

225. The field strength varies inversely as the distance from the antenna

232. The numerical ration relating the radiated signal strength of an antenna to that of another antenna

233. The frequency range over which an antenna can be expected to perform well

235. An antenna capable of being used on more than one band because of the presence of parallel LC networks

236. It may be used for multi-band operation

237. It will radiate harmonics

238. The traps form a high impedance to isolate parts of the antenna

239. An element that receives its excitation from mutual coupling rather than from a transmission line

240. By currents induced into the element from a surrounding electric field

245. An equivalent resistance that would dissipate the same amount of power as that radiated from an antenna

246. The locations of the antenna with respect to nearby objects and the length/diameter ratio of the conductors

Questions and Answers in Antennas Series

Following is the list of multiple choice questions in this brand new series:

Complete List of MCQ in Communications Engineering per topic